Tó Nizhóní Ání "Sacred Water Speaks” was established in 2000 to address the waste and misuse of precious groundwater by the coal industry on Black Mesa. The Navajo Aquifer has long been the sole source of potable water for the Diné and Hopi living on the Black Mesa plateau in northeast Arizona. The Navajo Aquifer or N-Aquifer is described as ice-age pristine drinking water and surpasses EPA standards. The natural fissures in the earth allow the water to come to the surface as springs and seeps, bringing substance to the people that call Black Mesa home.

With the end of coal mining operations on Black Mesa, Tó Nizhóní Ání focuses on rehabilitation efforts: 1) ensuring complete reclamation of coal mined lands and the water source that was used during these operations. 2) The decommissioning and complete clean-up of the power plant site at Navajo Generating Station. In addition, we demand the repatriation of all artifacts and ancestral remains removed when mining operations began on Black Mesa. 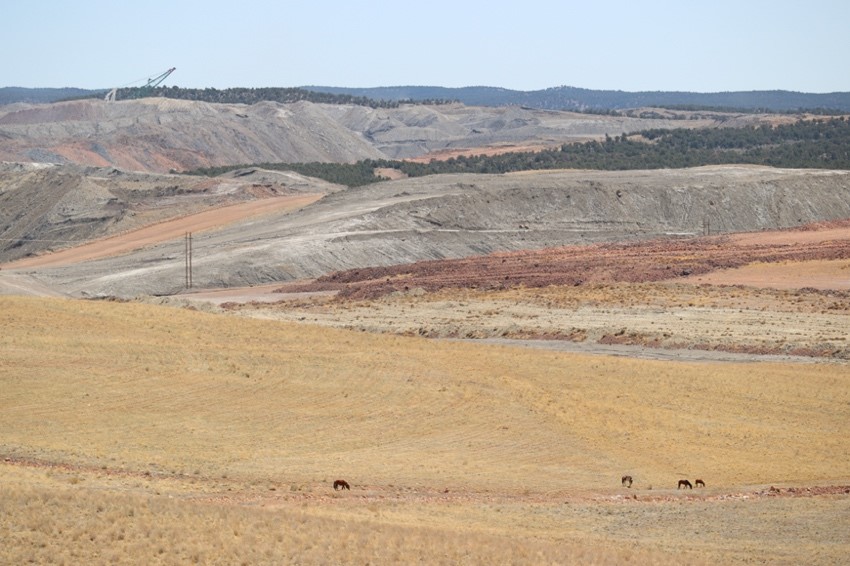 As we move forward and transition away from the coal and the fossil fuel economy, Tó Nizhóní Ání is engaging utility owners and giving them the first opportunity to support our efforts to mitigate the economic losses and environmental destruction that our indigenous communities have endured. We are engaging utilities to support a Just and Equitable Transition (JET) which includes providing support to rebuild economies loss from coal plant and mine closures. Our efforts include re-training and jobs for displaced mine and plant workers, replacing coal energy with renewable energy, and securing the support needed to transition the Navajo Economy.

Tó Nizhóní Ání is working toward reducing greenhouse gas emissions from the energy sector and ensuring all fossil fuel generation is replaced with clean, renewable resources leading to a low carbon future. We recognize the environmental and economic toll that decades of exploitation and resource extraction by outside interests have had on the Navajo Nation. Crucially, we recognize that the impacts on our water have been tremendous. We are focused on replacing coal energy with renewable energy everywhere on the Navajo Nation to protect the water sources. . We are working with Navajo, State and Federal leadership to achieve that goal.